This course is approved for 1 hour of continuing education credits by Missouri POST, American Board of Medicolegal Death Investigators (ABMDI)

This course is designed to introduce the first responding officers, EMS and Coroner personnel to the dangers of chemical suicides. This course explains what they are and how the decedent carries out this form of suicide. The course also covers what warning signs to observe and the actions you must take to protect yourself and others in the area.

A trend in a method of committing suicide is continuing to grow in the United States and it poses a viable threat to first responders. This method does not involve firearms, knives or medications, but rather common household products. When mixed together, they can produce one of the most toxic gases known to man: Hydrogen Sulfide.

Hydrogen sulfide (H2S) is a colorless gas that is heavier than air. It is water-soluble and, in low concentrations, there is a distinct odor often described as “rotten eggs.” It is flammable and has a half-life of 37 hours.

One of the most dangerous characteristics of hydrogen sulfide gas is that a person’s sense of smell can be inhibited after just a few minutes of exposure to low concentrations. Because of this, first responders may not be aware of its presence or may unknowingly wander farther into higher concentrations.

Some of the effects of contamination to first responders can be inflammation of the respiratory system, difficulty breathing, rapid or slow heartbeat, sweating, delirium, headache, sensitivity to light, blueness of skin due to depleted oxygen in the bloodstream, drowsiness, loss of consciousness and death. 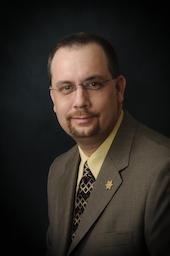